Past News Organization of the Year (NOY) Winners

News Organization of the Year 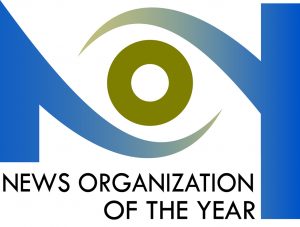 Since 1990, the Pennsylvania NewsMedia Association (PNA) Foundation’s Newspaper of the Year Contest has given Pennsylvania news media companies the opportunity to showcase the efforts of their entire staff. The contest has been changed and updated throughout the years, but the mission of recognizing outstanding work across all departments and including all products, with an emphasis on overall excellence has not.

Recognizing that NOY participation was steadily decreasing over the past few years and that news companies were expressing that it is more and more difficult to find the resources and time to enter contests, the PNA Foundation – with the support of the PNA Foundation Board of Trustees – decided to eliminate “Newspaper of the Year” as a separate contest. Instead, beginning in 2019, we started using points from the Keystone Media Awards Contest and Advertising Contest, including specialty awards, to determine which companies are  “News Organization of the Year”.

Currently, in order to accumulate points toward NOY through the year, you will want to enter both the Keystone Media Awards and the Advertising Contest. No additional entry processing or fees are needed, but you must enter both of these contests in order to gain points.

Learn more about the News Organization of the Year (NOY) Contest.