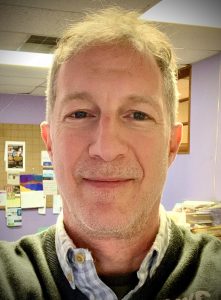 John Derr is the publisher of the Chestnut Hill Local, a weekly newspaper in Northwest Philadelphia. He has held that position since October, 2018. Prior to joining the Local, John had been at LNP in Lancaster for almost 18 years, the last 8 as vice president of client solutions (advertising). Before LNP, John had begun his newspaper career at Montgomery Newspapers, headquartered in Fort Washington, PA, where he spent 11 years, starting as a sales rep and eventually moving up to Ad Director.

John grew up in Western Pennsylvania and is a graduate of Grove City College. He resides in Lancaster with his wife, three of his four children, and the family dog.