The Senate returned to legislative session this week, while the House returns Monday. 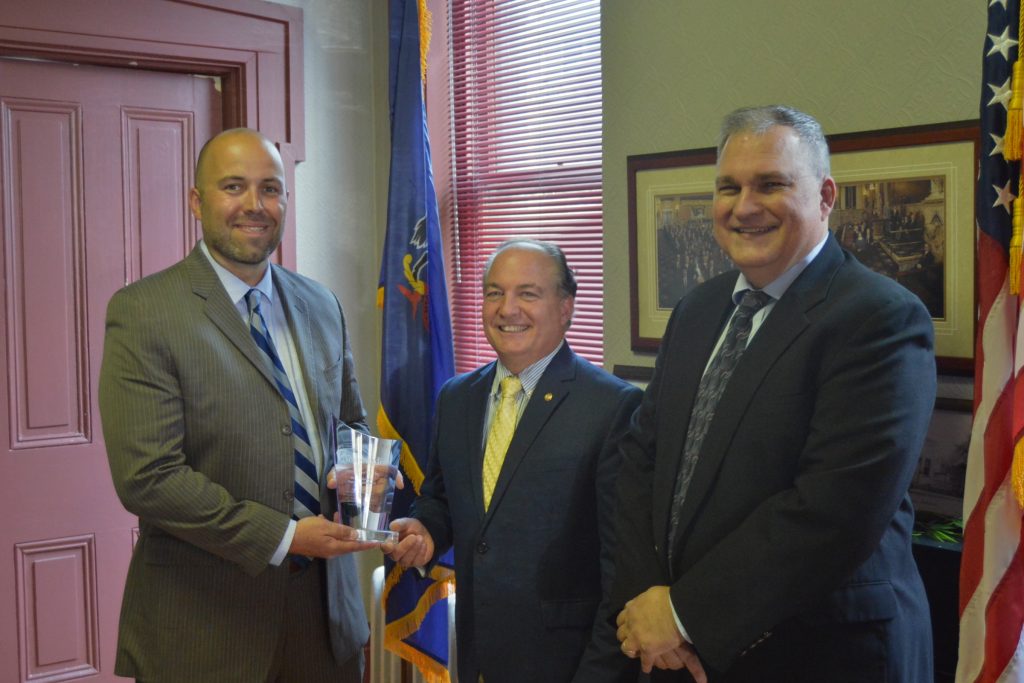 The Pennsylvania NewsMedia Association presented House Majority Leader, Kerry Benninghoff (R-171) with the 2020 Advocate of the Year Award for his outstanding leadership and advocacy to the news media industry. Bernie Oravec, President and Publisher, Barash Media, nominated Benninghoff and presented the award along with PNA President, Brad Simpson. View the award presentation and interview.

Benninghoff was elected to office in 1996 and was recently elected by his colleagues as House Majority Leader in June. Over the past few years, Benninghoff led a transparency charge when it was discovered that our members were not able to receive the names of all candidates running for an open County Commissioner seat after submitting a Right to Know request and being denied. PNA and Oravec approached Benninghoff who introduced legislation and worked to successfully convince The Supreme Court of Pennsylvania to adopt a Rule of Judicial Administration which states that when courts now fill vacancies in elected office, the public has a right to access all candidates’ names and application materials.

The Senate State Government Committee voted out House Bill 2626, sponsored by Representative Dan Moul (R-Adams), this week which amends the Election Code. The bill makes various revisions relating to election system efficiency including a requirement for the Department of State (DOS) to provide a report on the implementation of an election; changing the residency requirements of election officers and poll watchers; changing the deadline for an application for an absentee or mail-in ballot to 15 days prior to an election; changing the pre-canvassing meeting timeframe from the Saturday prior to the election through the Monday prior to the election; codifying the practice of the SURE system to be able to provide a scannable identification number for all mail-in and absentee ballots; and to increase penalties for numerous Code violations.

The Senate amended SB 968, sponsored by Senator Pat Browne (R-Lehigh), this week which merges the PA Department of Corrections and PA Board of Probation and Parole. PNA worked with Senator Browne’s office on an amendment to further improve the bill regarding government transparency and public accessibility.

Senator John DiSanto (R-Dauphin), Chairman of the Senate State Government Committee has introduced SB 1222, which provides a flexible menu of options for local governments to use in complying with current requirements to advertise and provide public notice in print newspapers. Representative Jason Ortitay (R-Allegheny) has introduced House Bill 2743. PNA opposes these bills.

The Local Journalism Sustainability Act is bi-partisan legislation, which provides assistance to key stakeholders that directly support local journalism. U.S. Representatives Ann Kirkpatrick (D-Arizona) and Dan Newhouse (R-Washington) are the chief co-sponsors of this legislation. Please contact your Congressional lawmakers and ask them directly to take a leadership role on this bill and sign up as an original co-sponsor. An editorial is also available for your use. If you have any questions, please contact Holly Lubart.