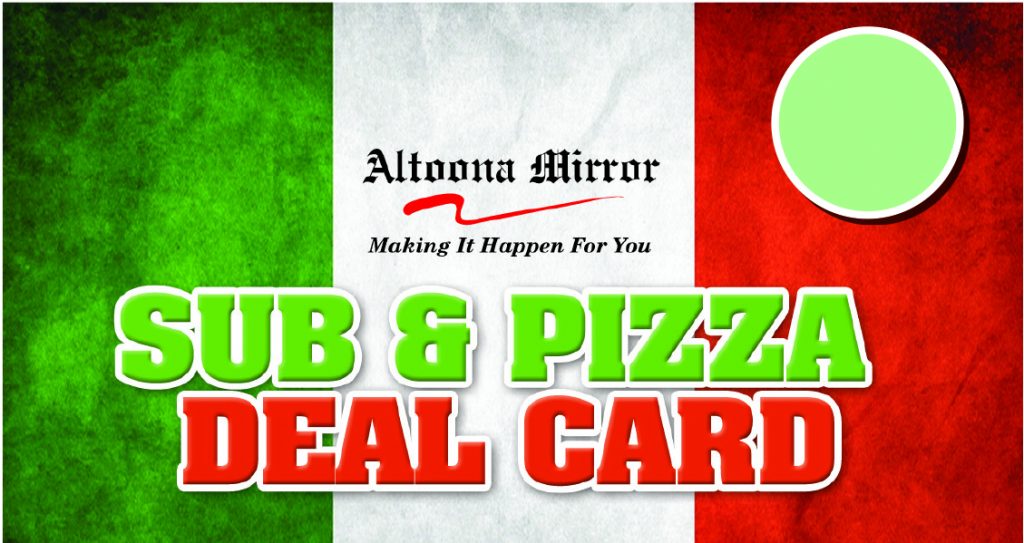 Brooks explained that the Pizza Deal Card features up to 12 pizza and sub shops in the region on a grid with one per square. Readers and other community members can purchase the deal card and take the card to each of the pizza and sub shops on the card to receive a free, large, two-topping pizza or a free, foot-long sub. The cards are sold for $99.95, which presents a tremendous value to the consumer. Brooks said the community gets excited every year in early spring when it knows the deal card will be coming out soon. “I get emails, I get phone calls,” Brooks said. The cards are promoted in the newspaper, in email blasts and on the Mirror’s website. Customers can call in with a credit card to order the cards or can pay by check via mail. The deal cards can then be picked up or sent to the customers via mail. Brooks recommends numbering the cards. “You want to put the customer’s name with the number of the card,” said Brooks. “It helps with the tracking and promotion the following year.” She said in addition to the advertisement provided by the newspaper, participating pizza shops also promote the cards.

When Brooks and her team share the unique format of the deal card program, they receive a mostly favorable response from local shops. She said there is no cash exchanged; the entry fee, so to speak, for the deal card program is to provide up to 250 free subs or two-topping, large pizzas. Brooks explained that only 250 cards are produced each year to keep the deal card reasonable for the local shops’ investments. She says that in addition to the often potentially new business the deal card brings for the pizza and sub shops, the Mirror also provides $2,500 in complimentary advertising to the shops for their participation in the program. “We specify how many ads they get for the advertising, but they can run it when they want,” said Brooks. “Between the comp’d advertising and promotion of the deal card, they are seeing an advertising value of close to $10,000.” She said that she and her team also try to serve as business advisers to the shops, educating them on how to approach the new customers that they get from the deal card and how to upsell those customers and make their first-time experiences at the shops enjoyable and memorable. Brooks said the majority of shop owners think it is a great program; in fact, in 2019 one shop closed and another shop on the card offered to take part of the pizza offerings on for the deal card owners.

While the 2020 deal card was canceled due to the lockdowns related to the COVID-19 pandemic, Brooks said the Mirror is moving forward with the 2021 card and as of late January had four of the 12 shops on board. With program revenue over $24,000 most years, Brooks said it is no-brainer for them to continue with it. She said the pizza and sub deal card are just further proof of something she firmly believes: there should be no category not worth considering. “It’s worth it,” said Brooks. “It’s a new revenue stream if publications haven’t tried it before.”