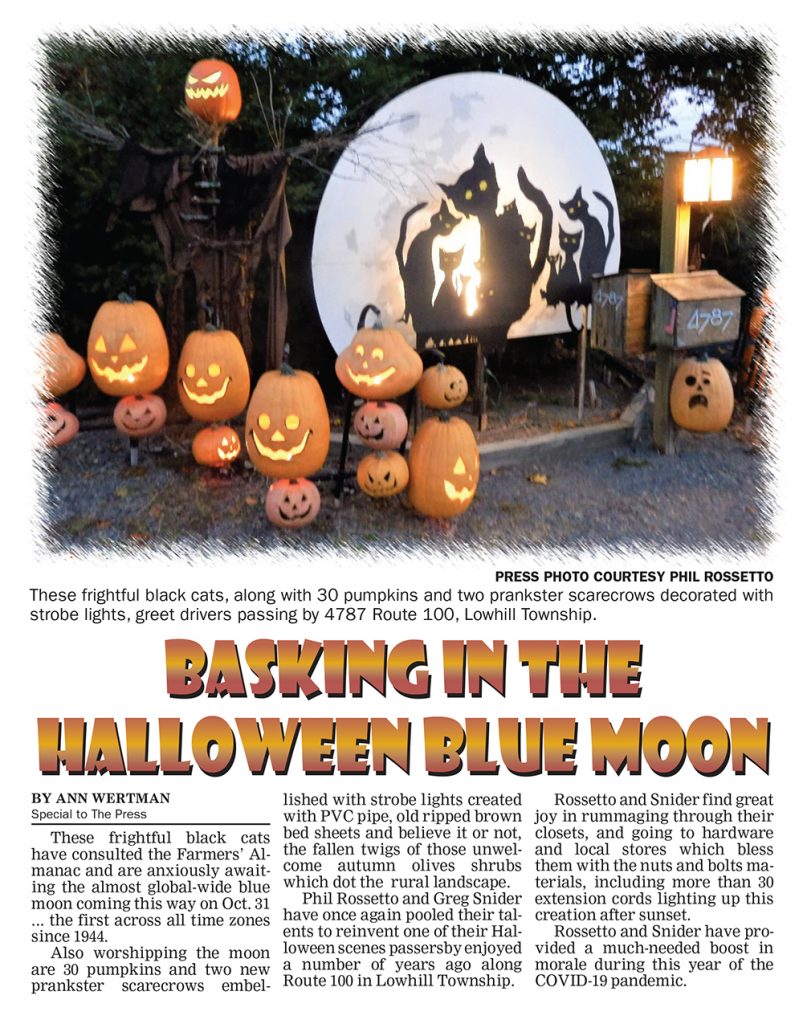 News deserts and the deterioration of hyperlocal news coverage are topics that have reached national news levels, with many citizens left wondering where they can find news about the communities in which they live.  This is not a concern, however, for the eight weeklies that form the Lehigh Valley Press and the communities they report on since distinct community coverage has been a mantra since the company’s inception.

“We’re family owned, and I’ve been with the company since 1996,” says Deb Palmieri, editor of the Parkland Press and Northwestern Press. “So, I am more than used to the direction we should take as a local community paper.”

Palmieri explains that each of the eight weeklies is charged with covering the region within its respective school districts. “We cover police activities and incidents, churches, borough and township meetings – whatever happens within the municipalities in the school districts,” said Palmieri.

The Press weeklies are owned by Pencor Services, Inc. (Pennsylvania Entertainment, Communications and Recreation) formerly the Palmerton Company, a family-owned business that was founded in 1951 by Claude Reinhard and several investors.

What began as a cable company soon grew, with Reinhard’s interest in the newspaper business and the purchase of the Jim Thorpe Times News in the late 1960s, and the Lansford and Tamaqua papers a few years later, which now publishes as the Times News, a six-day-a-week evening newspaper serving readers in Carbon, and pasts of Lehigh, Monroe, Schuylkill and Northampton counties.

“Twenty or 30 years ago we were being told the time of newspapers was limited. We are fortunate to be part of a corporation that took that warning seriously and diversified,” said Pencor Executive Vice President and TIMES NEWS Publisher Fred Masenheimer. “We continue to remain a strong and viable company in a time that has proved to be difficult for many businesses to survive.”

Masenheimer, his wife Betsy and their son Scott, publisher of the eight Lehigh Valley Press weekly newspapers, Reinhard’s son-in-law, daughter and maternal grandson – are part of the current ownership and publishers and continue Reinhard’s legacy of initiatives with reporting the local news for the Lehigh and Northampton county communities in the weekly papers.

Palmieri says that she and her fellow editors for The Press weeklies, George Taylor,  Debbie Galbraith and Kelly Lutterschmidt, could not provide such consistent, in-depth news coverage if it weren’t for the tremendous support from the Pencor management team and the citizens of the community who regularly provide not only tips on local goings on and events, but the actual articles and photographs used in the weeklies.

“It wouldn’t be hyperlocal if it wasn’t for the freelancers who love their community,” said Palmieri. “These are retired teachers, principals, volunteer firefighters, lawyers and housewives who go out and cover issues and events, write articles, take photographs and share them with our papers. It’s local coverage provided by local people.”

Palmieri said that one of the regular features in the two weeklies she serves as editor, Northwestern and Parkland, are poems submitted by a reader who lives in one of the nursing facilities in the area.  The Press graphic design team then creates images to accompany the poems.

Palmieri said that the family-owned nature of the Lehigh Valley Press weekly newspapers is apparent as an employee.  Employees receive a birthday card every year that includes a gift card to the ice cream shop for a sundae. Palmieri also says that the strength and stability of the Pencor and the Lehigh Valley Press family was incredible in the face of the COVID-19 pandemic.

“Thank goodness for the Reinhard and the Masenheimer family,” Palmieri said. “They just adapted.  They said, ‘You’re working from home – what do you need?’ It’s not only a sense of community, it’s a sense of family.”