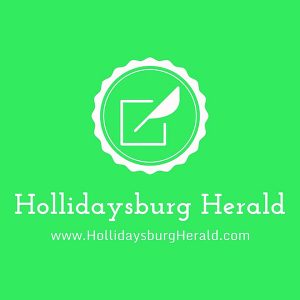 Most of us have read at least one story recently that cites the potential for, and in some instances, the beginning formations of news deserts in America. One such story comes from a not-so-distant area in West Virginia where the recent closing of The Vindicator left a region without local news coverage. When Allan Bassler, publisher of the Morrisons Cove Herald, saw the need for a local news source in nearby Hollidaysburg, those stories of such news deserts weren’t far from his mind. “We knew that we probably wouldn’t be able to supply a print product to this market,” says Bassler, “and while there is still an expense to an online publication, it is far more reasonable, especially when you can utilize your current systems and staff.” As a result, Bassler ventured into the recent creation and launch of the Hollidaysburg Herald, an online-only news source for and about Hollidaysburg.

Hollidaysburg is a small community of around 6,000, and the county seat of Blair County; however, it has not had its own regular news source since The Hollidaysburg Register closed in 1963. Bassler, who was raised in Hollidaysburg from the time he was 12 and graduated from Hollidaysburg High School, purchased the Morrisons Cove Herald with his wife, Karen, in 2008. The newly created Hollidaysburg Herald is produced via Lions Light Software Solutions based in Arizona, the same software used for the online aspect of the Herald, and the staff for both publications is the same, with one addition of a Hollidaysburg-specific correspondent who recently joined the team. Bassler says they are also using a similar advertising and sponsorship model to the one used for the Herald and have, to-date, advertised the launch of The Hollidaysburg Herald via word-of-mouth. They do plan to use some other forms of advertisement in the future.

Above all, Bassler believes that the Herald brand and reputation of being a reliable news source for the community since 1885 are key to building the trust in, and success of, the new publication. Additionally, Bassler says the feedback from the Hollidaysburg community is invaluable. “I want this to spread like wildfire – this is their news source. Every day, we receive more comments on stories and letters to the editor. I want them to tell me what they want.”

For additional information, please contact Allan Bassler at 814-793-2144 or publisher@mcheraldonline.com.