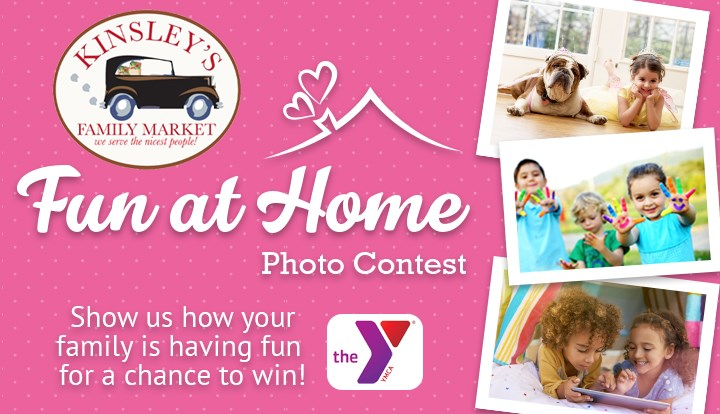 To say that the COVID-19 pandemic has thrown a wrench in advertising campaign plans and targets for Pennsylvania newspapers is an understatement. How each publication has dealt with those changes and necessary adjustments has varied greatly, and the way Stephanie Fairbanks, advertising director for the Pocono Record, has decided to do so has afforded the publication extensive growth and recuperation of funds that could have easily been considered lost by other publications in the same position. “We’ve been using contests and promotions for years,” said Fairbanks. “It wasn’t a difficult pivot, really.” With more than $82,000 raised in just six weeks, Fairbanks and the Record’s accomplishments have been recognized and highlighted in company-wide news by the publication’s parent company, Gannett.

One of the promotions Fairbanks and her team first utilized during the onset of the COVID-19 pandemic was a Coronavirus Quiz that Fairbanks said took the place of the March Madness bracket contest previously planned for the same time period. The online quiz was featured on the Record’s website and included eight questions that were provided by Second Street – the same company that provided the platform for the quiz, and a long-standing partner to Fairbanks and the Record team. “We didn’t have to start from scratch for that one,” said Fairbanks. “We took the sponsorships we had originally set for the March Madness campaign and rolled them into the Coronavirus Quiz.” The quiz campaign yielded $25,000 in sponsorships for the publication.

Some projects Fairbanks oversaw during the pandemic were already planned; however, the timing proved far more relevant than she and her team knew when the projects were originally scheduled. “The Pocono Medical Directory has been a project we’ve seen declining advertising for in the past couple years,” said Fairbanks. “We used to publish it in print only a couple times a year, and last year we only published it once.” In 2020, the Record management team decided to take a new approach to the directory with the hope of renewed interest and advertising for the publication. The team worked to create an online version of the directory that would be housed throughout the year on the Record’s website in addition to printing the directory in late March. The print publication date was determined to be March 29, to directly correspond with National Doctors’ Day, with the online version launching on March 30. Fairbanks said the interest in the directory was greater for advertisers who appreciated the consistent year-long exposure the online directory included in addition to the print version. Likewise, the medical community and public showed greater interest and appreciation during the COVID-19 pandemic. The project earned the Record $11,000 in advertising.

Another campaign run by Fairbanks and her team that was similarly more relevant because of COVID-19 was the 5th annual Salute to Nurses campaign, which includes entries from the public honoring their favorite local nurses. The Salute went online in early April, with a special section that launched on the Sunday prior to Nurse’s Week, May 3. Fairbanks said the campaign had previously seen dwindling participation from the public; however, this year interest grew and the Record worked to create additional options for the Salute including photos of the nominees. Fairbanks said sponsorships for the program totaled more than $6,400 and included strong support from Lehigh Valley Hospital, St. Luke’s Hospital and the local nurses union, as well as Kinsley Shoprite, a new supporter in 2020.

Fairbanks said her favorite program that the Record ran during the pandemic was the “Fun at Home” photo contest. Around March 16, when much of the commonwealth shut down or began working from home, the publication began receiving panicked calls from local businesses related to their advertising. “We realized we needed to do something that would help these businesses,” said Fairbanks. “They were worried about the uncertain and unforeseen future and we landed on a really great idea.” Fairbanks and her team asked the public to upload photos of things they were doing at home with their children to have fun, and the program had considerably large participation. From there, the Record team hit the phones with the message of record traffic to the website viewing the program entries, and within 3 weeks the team had raised $19,000 in ad revenue. The team also offered matched print for digital exposure and were able to find advertisers ranging from grocery stores, banks, manufacturers, nursing homes, cleaners, restaurants and auto-repair garages. “The news media advertising community has always talked about thinking ‘outside the box,’” said Fairbanks. “I think the coronavirus has made that cliché a reality, and we’re stronger for it.”

For additional information, contact Stephanie Fairbanks at 570-460-0316, or sfairbanks@localiq.com.