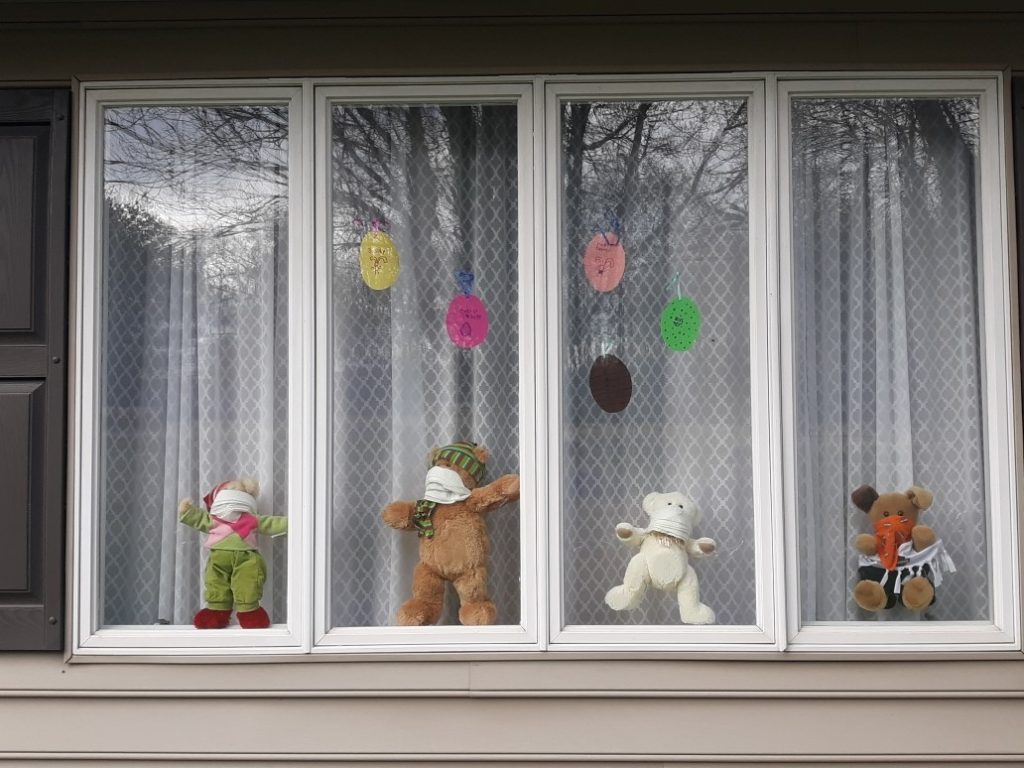 Ridgway Record brings the community together during COVID-19

When Christie Gardner, publisher of the Ridgway Record, said that she and her team were busy covering bear hunting, it was easy to assume that she meant the real thing.  However, while hunting is an important pastime for many Record subscribers, that wasn’t the kind of hunt Gardner was referring to.  In recent weeks, the Record joined newspapers across the country that are participating in teddy bear hunts. Citizens put teddy bears in their windows, on their porches and in their yards, and families take their children on walks and drives to “hunt” for the bears. “It’s a fun activity for everyone, really,” said Gardner. “People are staying safe while still finding a way to interact with each other and give families something fun to do with their children.”

The Record readers have jumped on board the teddy bear hunting train wholeheartedly – sending in pictures and sharing great bear finds around the area. Gardner noted that a young girl put the entirety of her large collection of teddy bears on her porch, and a local man who didn’t have any teddy bears instead placed a large inflatable lawn ornament in his window.  She said that while the coverage doesn’t generate any direct income, the happiness and unity it has brought to the community is invaluable.  “We had one reader featured on the front page in the teddy bear hunt coverage,” said Gardner. “She was delightfully surprised and told us she had never imagined being on the front page of the newspaper, let alone for teddy bears.”

The Record team has several more engaging activities rolling out in the early weeks of April, including a pink heart page to support healthcare workers, a gingerbread man coloring page to support child abuse awareness and a 16-page activity book.

The first of the three initiatives is a page that features a large pink heart and the newspaper suggests that readers cut out the heart and post it in their windows or on their doors to share their support of local healthcare workers. The page includes small ads around the margins and Gardner said it wasn’t hard to secure businesses to advertise on the page. “They represent the businesses that are still open right now, mostly,” said Gardner. “Insurance, home/business repairs services and healthcare facilities – and they all want to support those (healthcare) workers.”

The gingerbread man page to support child abuse awareness will be similar to the pink heart page with surrounding space available to advertisers. It will also feature information about identifying the signs of abuse and who to contact if you are concerned about a child who might be suffering from abuse. The page has a large gingerbread man on it, and the Record will be asking readers and their families to color it blue, cut it out and post it in their windows or on their doors as a sign of their support.

The last of the three recent initiatives is a 16-page activity book that Gardner and her team developed, printed in-house and delivered with the paper to subscribers.  “It has a wide variety of puzzles and activities, everything from crosswords to Sudoku to a Mother’s Day card to color – and right in the middle is a page to teach people how to wash their hands,” said Gardner.  Each page of the activity book also features a banner ad for which Gardner and her team were able to secure local sponsors. She said the activity book was a relatively low-cost project even before sponsorship and served to strengthen the message she and her team want to send to their readers: “We’re all here in this together – let’s stay engaged together.”

For additional information, contact Christie Gardner at 814-773-3161 or sales@ridgwayrecord.com.