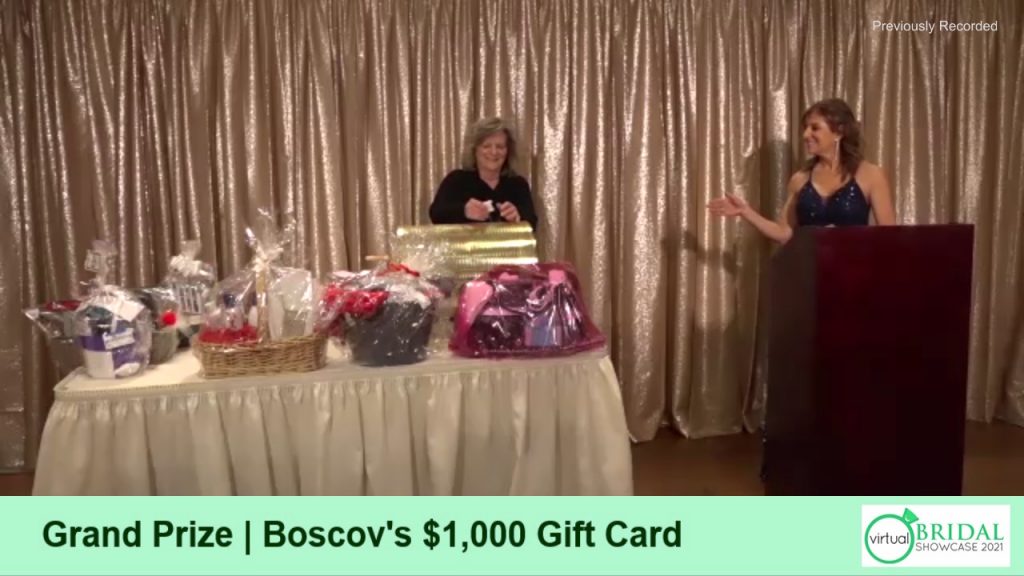 The restrictions put in place during the COVID-19 pandemic hampered the programs and plans of many newspapers, businesses and citizens across Pennsylvania. While some have found special projects and events nearly impossible to execute, others have found creative alternatives and methods to deliver events to the community. In fall 2020, Mary Anne Rizzo, director of advertising at The Tribune-Democrat (Johnstown), decided that she and her team were going to do whatever they could to make the annual Johnstown Bridal Showcase possible. The showcase is sponsored by The Tribune-Democrat and Johnstown Magazine. Rizzo said she made the decision in early November and began planning for an alternative, virtual show immediately thereafter. “We usually start to work on it in mid-to-late October, so we were a little behind, but not by much,” Rizzo said. She began by reaching out to the Frank J. Pasquerilla Conference Center in downtown Johnstown, where the show is usually held, to explain the change for the 2021 show. The conference center signed on as one of the first sponsors for the virtual event.

Rizzo said she had been watching the handling of regional high school sports, graduations and other events, and with that in mind, she reached out to a local production company that had covered some of those events. “He asked what I was looking for, so I drew it up on a whiteboard,” Rizzo said. “He had never done something of that nature, but he was willing to work on it.” She said she had no doubt that the production company would come through, as it is an intrinsic part of the audiovisual community in the region, for businesses as well as wedding and bridal production needs. Additionally, the company was willing to reduce the production package cost for the project in exchange for advertising.

The livestream event was hosted on the bridal showcase website. Rizzo said her creative team assisted with website updates and social media promotion leading up to the show. As Rizzo researched what was possible for live events and worked with the production company, she said her goal was to make the event a live experience as much as possible. This was accomplished by multiple studio locations, including Rizzo’s home office, the production company studio and vendors’ homes and home offices, with the hub of the background management taking place at the production manager’s home office. The majority of the two-hour show was live with pre-recorded messages used where needed. Rizzo said the group had scripts and schedules and went through two full practice rehearsals. “We needed to check things like internet connections, lighting and other subtle things you might not think of without a test run,” Rizzo said. “What was funny was when dogs and cats would walk through during the tests. I think it sort of put everyone at ease.” She said that even with the test runs there were some minor hiccups like brief screen freezes, but she felt that everyone involved was able to roll with those because of the planning and preparation they had already put into the show.

Rizzo said The Tribune-Democrat still had a bridal showcase special section in the paper and included an insert in the Johnstown Magazine as well. She said she tried to keep all vendor and sponsor opportunities reasonable in price and payment options. “I was relieved of many expenses related to the venue and set up, and I understood the financial struggles of many of the vendors,” Rizzo said. In addition to lowered prices for vendors and advertisers, The Tribune-Democrat offered payment over time options to make involvement in the event possible for some of the companies. The result was around 25 vendors, nearly as many as the usual 35 at previous in-person shows. Rizzo said there were many new vendors, and some of the previous vendors would have liked to participate but simply were not ready or prepared to financially. Vendors seemed to take a new look at what they could offer brides-to-be, from wedding masks and virtual attendance for friends and family, to alternative seating and arrangements. “Everyone had to think about it and reposition themselves,” Rizzo said. “They adapted so that their business could survive and grow.”

Rizzo said she and her team knew engagement in the live feed of the showcase was crucial to its success. Brides-to-be were offered complimentary passes for the show and 212 individuals registered. Rizzo and her team strategically timed door prizes that the brides could claim via the live chat, verifying that they were still watching the program. The local Boscov’s and a local grocery store provided some gift cards. The team was also able to use prizes held from the 2020 women’s showcase, which was canceled at the beginning of the pandemic. “We called the vendors who had donated to the women’s showcase last year, and we asked if we could use the gift for the bridal showcase. All but one said ‘yes,’” Rizzo said.

The Virtual Bridal Showcase 2021 was a success for the newspaper, vendors and brides alike. Rizzo said each of the vendors involved thanked her personally for the opportunity to participate in the show, and brides were deeply appreciative for the information the vendors provided both during their specific segments as well as during the question-and-answer sessions. “It showed us that we really could do this – the virtual event,” Rizzo said. “No matter what, the world keeps turning.”