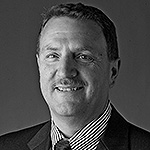 Mr. Pelland joined the Providence Journal in 1989 as a staff Industrial Engineer.  He has completed engineering and process studies in all major operating departments including Advertising, Circulation, Distribution, News and Operations.  In 1990 he was promoted to the position of Manager of Industrial Engineering.

Mr. Pelland graduated from the University of Rhode Island in 1981 (B.S. Industrial Engineering) and completed his MBA at the University of Rhode Island in 1993. Prior to joining the Providence Journal Company, he completed eight years of naval service as a nuclear trained submarine officer and worked as a consultant in the defense industry.  He also serves on the board of the International Newspaper Group and is a Trustee for Saint Elizabeth Community, a leading skilled nursing home and advocate for the elderly in Rhode Island.

He resides with his wife, Doreen, in Saunderstown and Narragansett, Rhode Island.