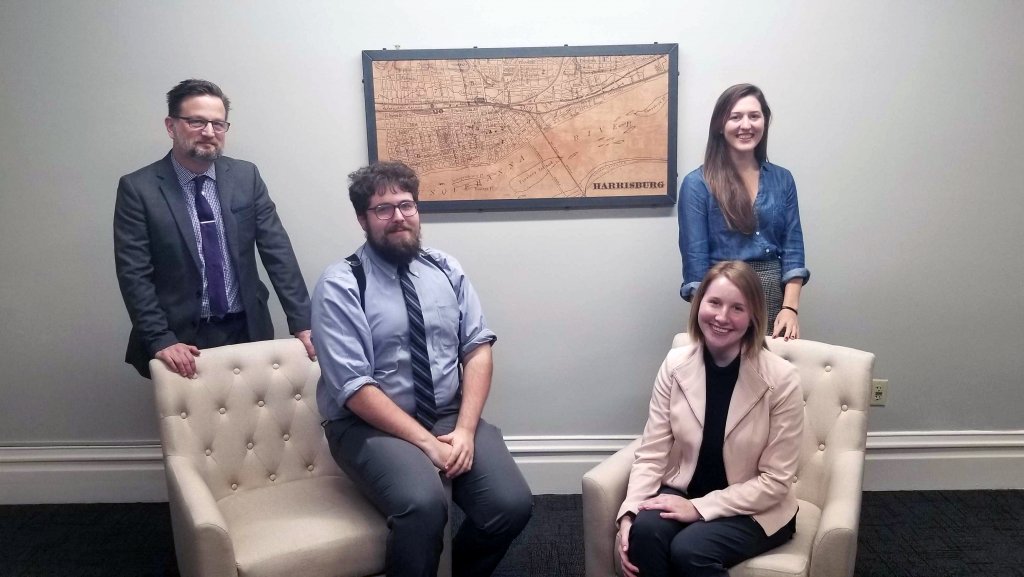 For the staff of the Pennsylvania Capital-Star focusing a statewide lens on the COVID-19 pandemic presented a particular challenge. With a staff of four, based in Harrisburg, the year-old online news organization needed to find a way to expand its reach – and fast.

They found the answer in content-sharing relationships with news organizations across Pennsylvania, and a growing corps of correspondents in the four corners of the commonwealth.

“I told my newsroom earlier this year that we’re going to put the ‘Pennsylvania’ into the Pennsylvania Capital-Star,” Editor John L. Micek said.

The Capital-Star already enjoys vigorous and ongoing content-sharing relationships with such publications as The Central Voice in the central Pennsylvania region, the Pittsburgh Current in the western region and The Philadelphia Tribune in the southeastern region. The Capital-Star has expanded that base with on-the-ground reporters covering those regions.

“Thanks, in part, to the funds provided by the PNA Foundation grant, we were able to make this happen, and quickly,” said Micek.

Micek said the “stars aligned” as the COVID-19 crisis developed, and he hastened the implementation of the cross-state coverage. Micek fostered current freelance relationships with two reporters, Kim Lyons, of Pittsburgh, and Nick Field, formerly of PoliticsPA, of Bucks County, while seeking additional contributors in other areas of the state.

“A friend of mine recommended Hannah McDonald out of the Erie area,” said Micek, “and Patrick Abdalla from the northeast reached out to me just as I was considering coverage for that region. It was really like they came out of the sky just when we needed them most.” Abdalla is a former journalist turned teacher who, with the current closure of state public schools, found himself with additional time and a thirst for his former craft. Tying in Lauren Manelius, the Lancaster correspondent, and Michala Butler reporting on college and high school education issues, along with a strong staff team including reporters Elizabeth Hardison and Stephen Caruso and Associate Editor Cassie Miller, Micek quickly realized he had achieved the cross-state coverage he had hoped to, and in record time.

The editorial content this coverage has afforded Micek and the Capital-Star has greatly exceeded his expectations.

“It’s these people (correspondents) who build the public face that provide something we were missing, and it’s crucial now,” said Micek. “Readers need to hear that we know what they are experiencing right now, because the human toll is incalculable.”

He said the Capital-Star’s reporting has now varied from stories about the effect of the loss of minor league baseball as an industry for the community to coverage on the different ways people experience caring for an infirm loved one or mourning their passing due to the illness.  The Capital-Star continues to provide wide-ranging coverage of Pennsylvania government and politics, along with coverage of the state’s congressional delegation.

“I try to relate to the whole team what an invaluable service we are providing to our readers during this time,” said Micek. “But I really want to tip my hat to the entire Pennsylvania journalism community who are doing great work every day.”

For more information on content-sharing or to take advantage of the Capital-Star’s free syndication of its content, contact John L. Micek at (717) 991-3110 or jmicek@penncapital-star.com.