PNA offers a syndicated package of statewide editorial cartoons by Randy Bish. Each subscriber receives at least three cartoons per week for just $8. New cartoons are posted each day that they are received. For those that are received after 4 pm on Fridays, they will be posted the following Monday morning. 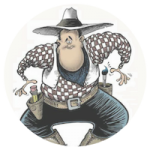 Since 1989, Randy Bish has been the cartoonist providing editorial cartoons for the members of the PNA. His work has been featured on “Good Morning America” as well as C-SPAN, and his work was included with the editorial cartoons depicting the Sept. 11 tragedy on CNN’s Web site, and also appear on CNN’s “Ahead of the Curve” program.

Randy has also won several Keystone Awards through the Association. His work has been recognized by the Golden Quill Awards, an annual contest recognizing excellence in journalism in western Pennsylvania. His cartoons are reproduced each year in the book Best Editorial Cartoons of the Year. In July 2002, Randy also won an award from Iran Cartoons 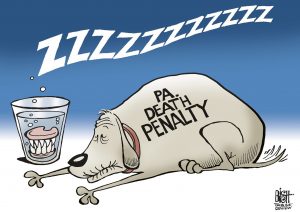