The Penn tries on Podcasts for the future 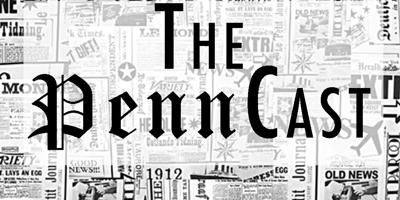 When The Penn, Indiana University of Pennsylvania’s twice-weekly student newspaper, decided to take the publication to an online-only format in 2019, the staff immediately looked for new ways to engage with its student audience online.  That is when Seth Woolcock, editor-in-chief, and his team decided to incorporate something completely new: podcasts. From there, the Penn Cast was born.   Woolcock and his team created five weekly podcasts to accompany and bolster the publication: Penn Cast, Penn Sports network, Culture Cast, Press Play and Chicks Chat.

Woolcock’s successor as editor-in-chief, Katie Mest, continued the work he began on the podcasts, and the podcasts were not an overnight creation.  “We quickly realized that we didn’t have some of the equipment and software that we needed to produce the podcasts,” said Mest. “We had to determine what we needed from a quality and ease of use perspective.”  The team needed professional microphones and audio software that works with the impromptu nature of the podcasts.  “We’re using Logic for the audio editing,” said Mest. “One of our then current audio editors used it for his musical endeavors so he had experience with the software and could train and coach the other members of the team, and it works well for ‘on-the-go’ recording.” Another addition was a dedicated room for the podcasts, including four microphones and a computer for audio reporting.

The framework of the four podcasts – the subject matter and the staff needs – varied greatly.  “The Bottomline Fantasy came together quickly and easily,” said Mest. “We had a group of guys on the team who already had an organized fantasy football group and they were pretty much ready to get online on the podcast to discuss it.”  The other podcasts ranged in interest and efforts for the team.  “The Penn Sports network, Culture Cast and Press Play came together rather easily,” said Mest, “but the Chicks Chat was a little more difficult for us to get together.” Mest said the difference in interests and activities among female members of The Penn made it difficult to find unified topics of discussion for the Chicks Chat podcast.

There was a nearly complete change in advertisers as the The Penn went digital in 2018 and that directly correlates with sponsorship for the podcasts. “We wanted to be upfront with the advertisers and provide them with as much exposure as possible,” said Mest. “And we found that many of the new advertisers were interested in podcast involvement and advertising that was quite specific by the podcast.” Mest said that while The Penn is in the midst of a transition of advertiser support since the move to online only, the team is firm in the belief that the move was the right one.  Mest said advertising in the print product did not outweigh the print publication’s lack of success.  Now though, early interest and involvement for the online publication and podcasts provides true potential for The Penn’s future.

Mest shared an early success story from the podcasts: “Our former editor-in-chief, Seth Woolcock, was an original member of the fantasy football podcast. Seth has since graduated and is currently running his own successful fantasy football podcast and website in addition to his full-time job.” Mest takes pride in the success of her colleague and the positive growth The Penn and the Penn Casts have experienced to date, and she and her team are excited as they look to the future.