The Senate and House were in legislative session this week and plan to return to session next week. 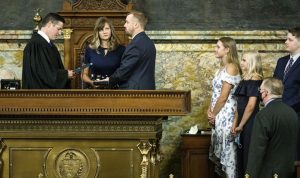 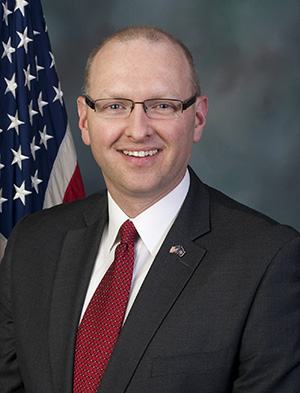 The legislature amended House Bill 2171, sponsored by Rep. Curt Sonney (R-Erie), Chairman of the House Education Committee, this week which amends the Public School Code. It requires the PASSHE Board of Governors to develop policies and procedures by which the board may create, expand, consolidate, transfer or affiliate an institution or college. It also requires the Chancellor to conduct a review and analysis of the relevant institutions or colleges using metrics listed in the legislation, including consultation with stakeholders and public hearings. The bill was amended regarding education records and the Right-to-Know Law.

The legislature passed House Bill 1564, sponsored by Representative Joe Emrick (R-Northampton), this week. The bill was amended to include some items prompted by the COVID-19 crisis, such as the allowance of local agencies to conduct public business remotely during declared disasters and emergencies as well as notary services performed for individuals who can’t be physically present with the notary.

The House passed House Bill 1841, sponsored by Rep. Harry Readshaw (D-Allegheny) unanimously this week, which closes a loophole in current law that allows former employers to withhold information on complaints or disciplinary actions involving an officer out of fear of civil liability. It would require law enforcement agencies to make full disclosure of any current or former officer’s personnel files for hiring background checks without having to fear getting sued for sharing that information with another department looking to hire the officer. It also would create a database of officers who have demonstrated documented patterns of excessive use of force or other misconduct. It would be maintained by the Office of Attorney General and law enforcement agencies would be required to check it before hiring an officer.

Both chambers passed Senate Bill 637, sponsored by Senator John DiSanto (R-Dauphin) which amends Section 9124 of the Criminal History Record Information Act to delineate when a board, commission or department of the Commonwealth may deny the issuance or renewal of an occupational license as a result of a criminal conviction.

Senator John DiSanto (R-Dauphin), Chairman of the Senate State Government Committee and Representative Jason Ortitay (R-Allegheny) have circulated co-sponsor memos, provide a flexible menu of options for local governments to use in complying with current requirements to advertise and provide public notice in print newspapers. View the Senate and House memos. PNA opposes this concept.